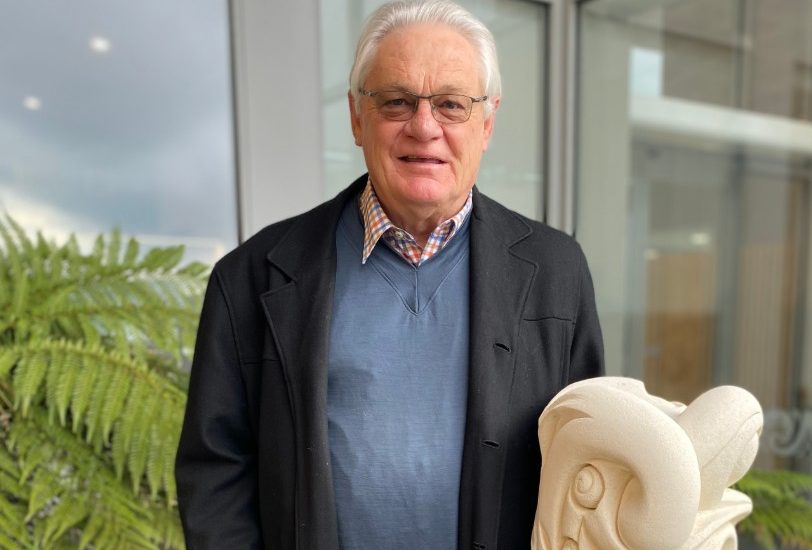 John started off his management career in IT but found his home in health where he “enjoyed going to work every day”.

John was born in Southern Rhodesia (now Zimbabwe) and grew up in Zambia and Malawi before going to university in South Africa.

He moved to New Zealand with his Kiwi wife in 1983 soon after their two children were born.

He transitioned from IT to health after being headhunted to become chief executive of Wairarapa Crown Health Enterprise in 1989.

I love the on-the-ground aspects of health with people who are totally committed to it.

“I very quickly realised I loved working in health,” John says. “I hate the way it’s politicised at a macro level, but I love the on-the-ground aspects of health with people who are totally committed to it. It’s as close as you can get to their being a single common purpose – to make life better for someone else.”

After four years in that role, he went out on his own consulting and contracting in both IT and health management, travelling the world in the process.

He was enticed back to a permanent role in 2004 when the chief executive position at Nelson Marlborough District Health Board became available. He loved his time there, relishing the complexity of health management across 56 departments at the biggest employer in the region.

“The level of commitment of the people and the fact that mostly you’re dealing with highly intelligent people in health. It’s uplifting. I enjoyed going to work every day.”

After retiring at the end of 2012, he was invited to join the boards of Nelson Tasman Hospice, having known then Board Chair Elspeth Kennedy and knowing the “reverence and high regard in which hospice is held by the community”. He also chairs the hospice’s separate investment trust.

John also chairs the Nelson City Council’s Audit and Risk Committee and sits on its Governance and Finance Committee and is on the board of national hospice membership organisation Hospice New Zealand. A couple of times a year, he participates in intense seven-day workshops as a registered peer reviewer for Treasury’s Gateway process for major Government projects with budgets over $25 million. A recent project was the National Bowel Screening Programme.

At hospice, John says the role of the board is to oversee the strategic direction and sustainability of the organisation.

“The challenges are always around making sure we’re heading in the right direction, and that that direction is supported by appropriate levels of funding.”

He says staff satisfaction is also a priority. “We want to be an employer of choice.”

When asked how many hours he does “in retirement”, John gives his second wife Lorelle’s answer: “He works as many hours as he wants to, and that’s absolutely fine by me, and I’d also be happy if it was fewer.”

Outside of work, he is an avid reader, and a self-professed DIY nut. He’s skilled at origami, once making an origami elephant from a postage stamp “complete with tusks and trunk”. John loves spending time with his four grandchildren and has got at least one of them hooked on origami too.