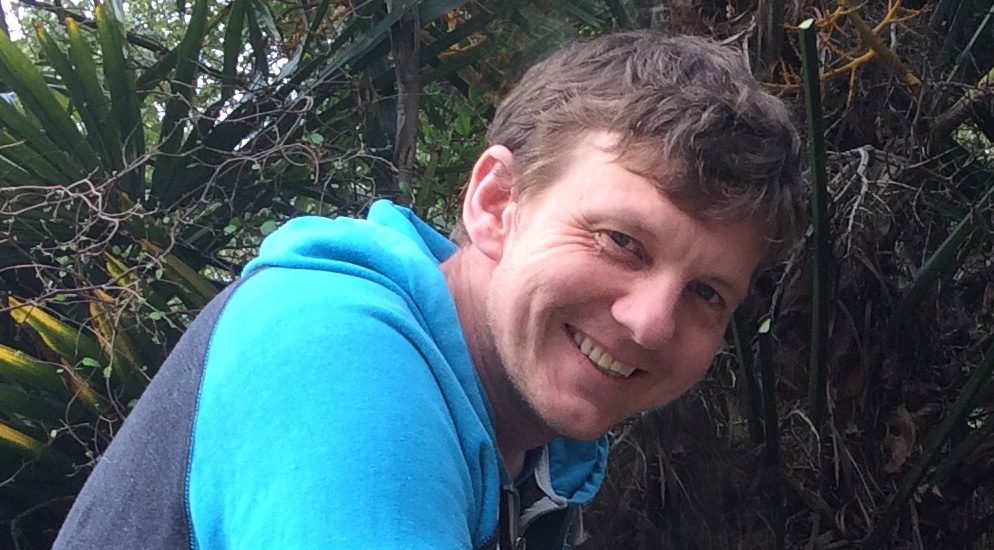 We are so grateful to the family of Tom Allan who allowed us to tell his and their story as part of our supporter mail-out this spring.

Graham and Jean Allan say it’s the little things about hospice care that they appreciated when their son Tom was an inpatient there earlier this year.

Tom Allan was only 37 when he passed away in hospice in July.

Up until March he had been working as a conservation officer for the Department of Conservation in Nelson when he experienced seizures, and a PET scan showed the return of a brain tumour for which he’d been treated three years earlier.

At that time, chemotherapy, radiation therapy and surgery put his cancer in remission.

After the second diagnosis, he moved in with his parents in central Nelson and they planned to care for him while he was treated again.

“We all were hopeful,” Graham says. “He’d had it previously and the treatment had dealt with it, so I was optimistic it would happen again.”

But this time the chemotherapy did not work. The oncologist recommended stopping treatment on a Friday. By the following Tuesday, Tom could no longer stand.

He was initially admitted to hospice care for stabilisation and to sort out his medication, but as Jean describes it “when they saw how he was, they said he should stay”.

“It just moved so quickly.”

Tom was only in hospice another four weeks before he died. In that time, his brother came back from Vietnam, and his sister from Australia. She brought her children too and the family was able to stay in Kowhai House, the hospice’s on-site accommodation for family of patients.

Jean was able to stay with Tom full-time. Graham says the hospice staff provided “wonderful care” at the end of Tom’s life.

“It’s the way they spoke to Tom, they were interested in trying to understand Tom, to meet his needs.

“He couldn’t articulate well, but they were making sure he was comfortable, working out whether the bed should come up or down, whether the pillows were right.”

Graham says they appreciated how the nurses would push Tom’s bed out into the sunshine, that they arranged for him to take a bath, that one of the nurses brought in a big board so they could put photos up.

Jean said the staff also encouraged visitors. “Every day he had a lot of visitors, often our friends during the day and then his friends in the evening after work hours. They could come and go and feel welcome.”

The family celebrated two birthdays while Tom was an inpatient: his niece Charlotte’s and Tom’s own just a few days before he died. Family and friends, and even a child visiting another patient, made this a special occasion, with cake and singing around the bedside. Right until the end, Tom was lifted by having friends and family around him.

Graham says the focus on making the most of life is the difference between hospital and hospice care. “I suppose in conventional nursing your job is to get the patient out, but hospice nurses want to improve the quality of a patient’s life. It’s those little things that make a difference.”