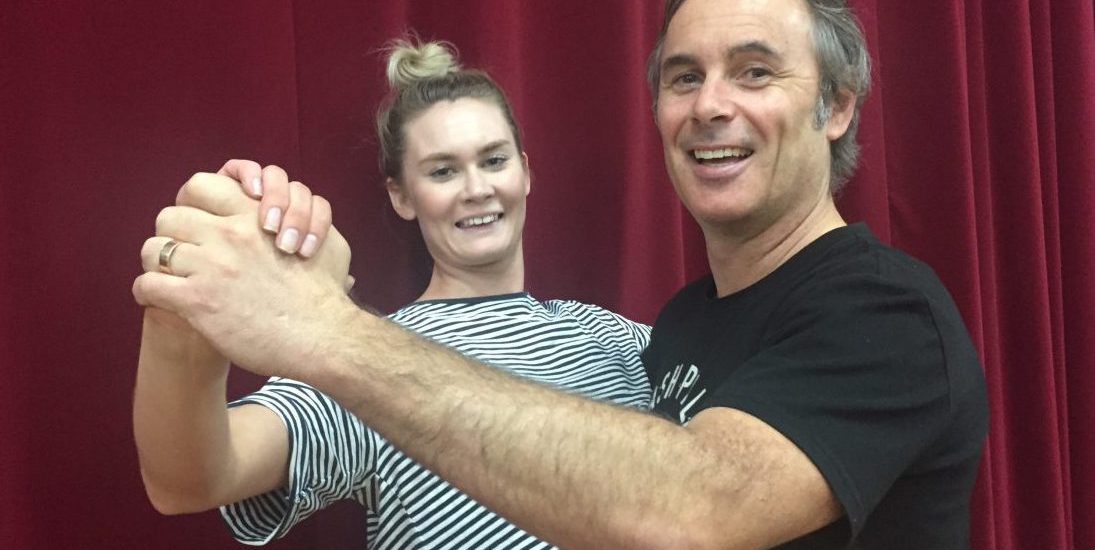 The councillor and former Green Party candidate  is one of eight local personalities taking part in Dancing for a Cause, a major fundraiser for Nelson Tasman Hospice that will take place on May 26.

Lawrey said he had had “maybe two” ballroom dancing lessons when he was a university student, before his tango lessons over the past two months with his partner, experienced dancer Brooke Silke-Atkins.

“I like dancing. But I’ve quickly realised I’m hopeless at remembering the dance steps,” he says.

Still, he’s pleased with his progress.

Dance teacher Emma Silke-French said she expected Lawrey to do well on the night.

“He’s had it nailed for quite some time so muscle memory starts to work,” she said.

Lawrey said he was inspired to take part in the event as hospice was “such a great part of our community”.

“I struggle to imagine Nelson without its hospice. And, personally, I’ve had a friend who was looked after really well.”

The contestants have set up Give A Little pages as part of their fundraising efforts. Lawrey said he was “a bit late to the party” with his page and hoped to appeal to the public to support the event by attending.

Organiser Richard Carruthers, who will also compete on the night, said sales were going well, with only about 10 fully catered tables remaining. Plenty of stadium seating was still available.

The six other contestants, each of whom is learning a different dance, are:

*Dancing for a Cause will take place at the Trafalgar Centre on May 26. Tickets are available through TicketDirect or by emailing dancingforacause@dancenelson.com

*This article originally appeared on nelsonweekly.co.nz